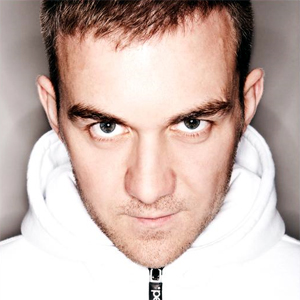 About Funkagenda: If you havent heard of Funkagenda by now then where have you been hiding?
Over the last 18 months, Groovedigitals in-house engineer has become a name synonymous with quality house music. Already having featured on labels as prominent as SUBLIMINAL, POSITIVA, BIG LOVE and TOOLROOM, his production and remix skills are highly sought after worldwide. In fact he is now fixed firmly in the 24 Management stable, home to NIC FANCIULLI, STEVE MAC, SEB FONTAINE and CHRIS LAKE amongst others.

And production is not the only string in his bow. His DJ talents are also becoming a permanent fixture in clubs around the globe, with 2006 seeing him traveling to NEW YORK, RUSSIA, TUNISIA, ROMANIA, POLAND and many more.
Starting his career at the age of just 13, helping to program backing tracks for his fathers club act, he quickly got a taste for music and life on the road. He formed his own bands at high school and became a multi instrumentalist, locking himself away in his home 4-Track studio for days at a time. Then as he hit his late teens, amidst fronting a soft rock band, he was lured into the charms of dance music by the legendary VOODOO RAY. From this point on it was a love affair, and whilst he continued to learn the more conventional side of music at college, with his A levels etc, he was burning the midnight oil in his home studio crafting Drum + Bass and Techno works.