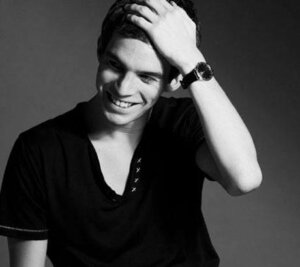 Arno Cost is one of our favorite producer here at JADORE. First, because after meeting him a few times, he is a very nice guy and takes time to talk about music. But most importantly because he is one of the most talented producer out of the french new wave including Tristan Garner, Arias, Norman Doray etc.

Also Arno compare to other producers doesn’t release as much, but when he does its always pure gold! He recently informed us that the very expected “The Days to come” alongside his fellow french friend Arias, will be coming out just in time before WMC 2011.

Besides this smashing track, he is coming up with another release for April 13th on Sebastian Ingrosso’s label;Refune. The track is called LISE which is also the name if his longtime girlfriend. He is getting big support from theSwedish House Mafia members, Ingrosso played it at Avalon last weekend, Axwell played it at Glo few days ago too and I wouldn’t be surprised if Angello would include it as well in his tracklist!

Looks like its going to be a HUGE year for Arno, lets seat back and wait for those beautiful tracks to come out!