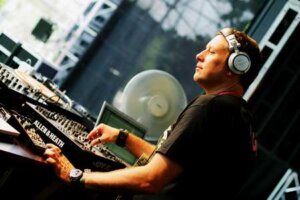 Leona Lewis has been accused of plagiarising a song by a Ministry of Sound artist for her new single ‘Collide’.
The track, which was unveiled today, is said to have ripped off the song ‘Penguin’ by Avicii — an up-and-coming Swedish DJ better known under his UK guise Tim Berg.
The song’s production is instead credited to Sandy Vee, who is best known for working on Rihanna’s ‘Only Girl (in the World)’, David Guetta’s ‘Where Them Girls At’ and Alexis Jordan’s ‘Good Girl’.
«Ministry of Sound signed Avicii a year ago and have been working on vocal ideas for over six months on the track,» a source close to Ministry of Sound said. «Pete Tong, Annie Mac and Scott Mills have been playing ‘Penguin’ for months now, but this week we’ve realised Simon Cowell and Leona Lewis have stolen our record. ‘Collide’ is identical to Avicii’s track!»
Lewis recently said that she was excited for people to see a different side to her music, adding: «For me this song has all the great ingredients of a summer anthem.»
Update!
Last night, in a series of tweets, Avicii said:
“To answer everyone, the first time I heard Leona Lewis Collide was today. I didn’t produce it and neither me or my manager could approve it… I’m just upset for someone taking credit of our idea before I had a chance to release it…To be clear im not taking credit for the melody (everything was cleared with penguin cafe orchestra and simon jeffes who wrote the song). And for the time and effort that has been put into this by my manager and label”.
His manager, Ash Pournouri, released the following statement:
“We never got to hear the track before it was promoed on radio, how could we clear anything? We’re not amateurs – we don’t sign papers without knowing what [we’re] getting into.” – Ash Pournouri, Manager and Executive Producer of Avicii.

Listen to Leona Lewis’s ‘Collide’ below: